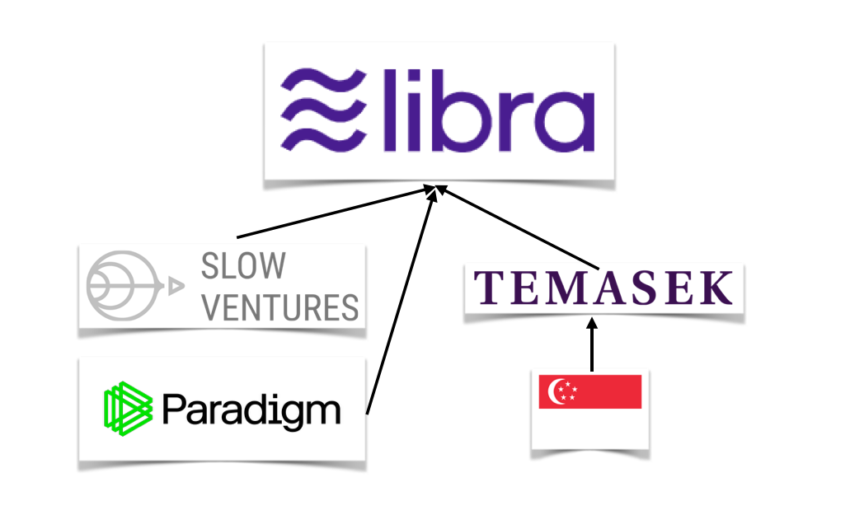 Note that, there were 28 founding members when Facebook start the project. However, the regulators in the US and other countries are concern about the project that may influence global finance and arise issues like Anti-Money Laundering and Combating the Financing of Terrorism.  8 members left until January 2020, most of them left because of the pressure from regulators.

Temasek Holding( 淡馬錫控股) is a Singapore company which owned by the government. According to Wikipedia, Temasek holds around 47% market value in the Singapore stock market.

According to the announcement, the Paradigm and Slow Ventures are both based in San Francisco, California. The Paradigm is a crypto investment firm that focused on blockchain projects. Slow Ventures invests in companies central to the technology industry and those on the edges of science, society, and culture. Slow Ventures has backed successful technology-driven disruptors including Slack, Postmates, and Airtable.

Until 2020 May 14, there are 7 new members join the association. 7 members include Shopify, Tagomi, Heifer International, Checkout.com, Temasek, Paradigm, and Slow Ventures. In the meantime, there are 27 members in the Libra association.